Why are we here? Why are you here? On this earth, living in the nation where you live, with the career and the family and the conditions in which you are found; why are all of us here? 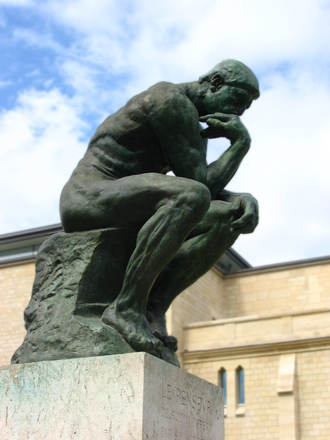 As believers. As followers of Christ. As members – representatives of the kingdom of God, why are we here?

We are not here to convince people to attend our churches or to sing our songs or to pray our prayers or to adopt our theologies or to support our charities or to be impressed with our state of the art technological lighting, sound, smoke and effects. We have not come to the kingdom for “such a time” and purpose of popularizing Christianity among a host of world religions.

We are here to bring heaven to earth. We are here to re-join the disconnected. The connection that was broken, the relationship that was injured, the original association between Creator and creation, Father and sons, these were damaged, broken, fragmented, lost.

Where we feel disused, overlooked, passed by, ineffective as evangelists is in the place where we misunderstand: we think we are called to preach a sermon, produce a song, argue or embellish or convince those “without” so that they may desire to be found “within.”

Ours is not a calling or a responsibility to perform spiritual magic tricks that will persuade unbelievers to join the ranks of we believers. No, ours is the calling to represent, to embody, to contain, possess, to carry within our very beings, at the very core of what we are, the character and the image and the glory and the very Person of the Christ who came to enable us to be both reconnected and to reconnect others with heaven.

Why are we here? Why are you here, on this planet, in this time, in this place? We are here, you are here to reveal, to demonstrate, to become and to be and to be seen as the true manifestation of the sons of God in the earth.

“…When the fullness of the time had come, God sent forth His Son, born of a woman, born under the law, to redeem those who were under the law, that we might receive the adoption as sons.” And as sons, these would become they who would reflect the image and share the DNA and become accurate representations of the Father.

By “being” and not primarily by “doing.”

“Light” exerts no effort. Light, “is.” Light produces an environment; it creates a canvas upon which content may be seen, perceived, comprehended, understood. Light dissolves darkness; pushes back that which has pushed forward. Light “displaces” darkness, simply by existing.

The Genesis account describes the condition that allows displacement. The phenomenon is found in the action of placing something – or some one into a medium, water, which then causes the water level to rise. When you, when we are inhabited by God’s Spirit as followers of Jesus, we cause a displacement, a movement of the powers that were because of the power that is, which is the kingdom of our God and of His Christ. Where righteousness moves, unrighteousness must, by the law of displacement, retreat.

We are alive for the purposes of God, for the purpose of being, of simply being salt and light until the world has seen, has perceived, has comprehended and received the love of God

And so it is that when we, as believers, as “temples of the Holy Spirit” are introduced into the atmosphere of what was, we create, by our presence, what is: The kingdom of God comes to earth, pushes back darkness and evil and fills the newly formed void with “light and righteousness and joy and peace” in the Holy Spirit.

We are here, on this earth, on this turning, spinning, hurtling sphere called planet earth and we are alive for the purposes of God, for the purpose of being…of simply being salt and light until the world has seen, has perceived, has comprehended that the God of all creation loves them, each of them, individually, personally, face-to-face, Father to son until all the world, every human being, “red and yellow and black and white,” of every kindred and of every tribe and of every tongue has seen, and known, and comprehended the eternal everlasting and gracious love of God.